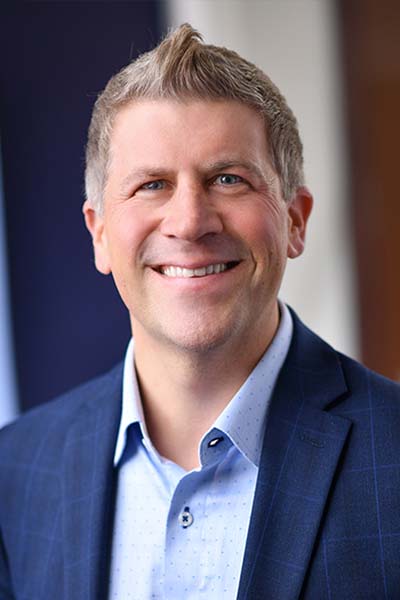 Principal Partner and Co-Owner Jeff Koch has a long history with Roers Companies’ co-owners Brian & Kent Roers, as he grew up with the brothers in Marshall, Minnesota. He started his career in real estate 18 years ago, purchasing single-family homes, fixing them up himself over nights and weekends, and selling for a profit — continually building an investment nest egg in real estate as his “side gig.”

Jeff started investing with Kent passively in some of the very first Roers Cos. projects in 2012 and had an opportunity to join the brothers full time in 2013 in an ownership capacity — propelling his passion for his real estate side gig into a full-time career. Jeff has led over $800 million in new project development while with Roers Cos.

Today, Jeff oversees firm strategy in new market development and construction for Roers Cos., working closely with the firm’s development and construction management leaders to drive profitable investments in new geographic markets as well as new asset classes in the multifamily spectrum. He works alongside the executive leadership team to set the vision and strategy for the company, which is poised to reach a total of $2 billion in real estate and 10,000 units developed by 2023.

The sustained combined growth of Roers Cos. and its Core Living property management division has earned the companies a position on the prestigious Inc. 5000 list of the nation’s most successful private companies for three consecutive years. In the Twin Cities, Roers Cos. has become known as an industry leader in two impressive lists compiled by the Minneapolis/St. Paul Business Journal. The firm ranked No. 33 on the 2020 Fast 50 list of growing metro-area companies and No. 3 among the area’s largest commercial real estate developers in 2021’s annual ranking.

Back to full team
Scroll to top