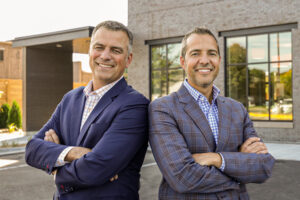 The Minneapolis/St. Paul Business Journal recently released its list of top development companies in the Twin Cities metro area, where Roers Companies landed at #5. The Business Journal’s Nick Halter wrote an accompanying feature article that helps illuminate the drivers behind our success.

“Roers Cos. has been a sizable developer for several years, but flew under the radar here in the Twin Cities until recently,” the article states. “The company’s focus on the Twin Cities has pushed it up from the 17th-largest developer on the Business Journal’s annual list to the fifth-largest developer, with 1.9 million square feet of projects in the past three years,” it continues.

To learn more about how we set ourselves apart from other area developers, read the full article here.